At the beginning of January we headed to Berlin for the weekend to celebrate a friends birthday. This was my first time in the city, and I’d heard nothing but good things about it. 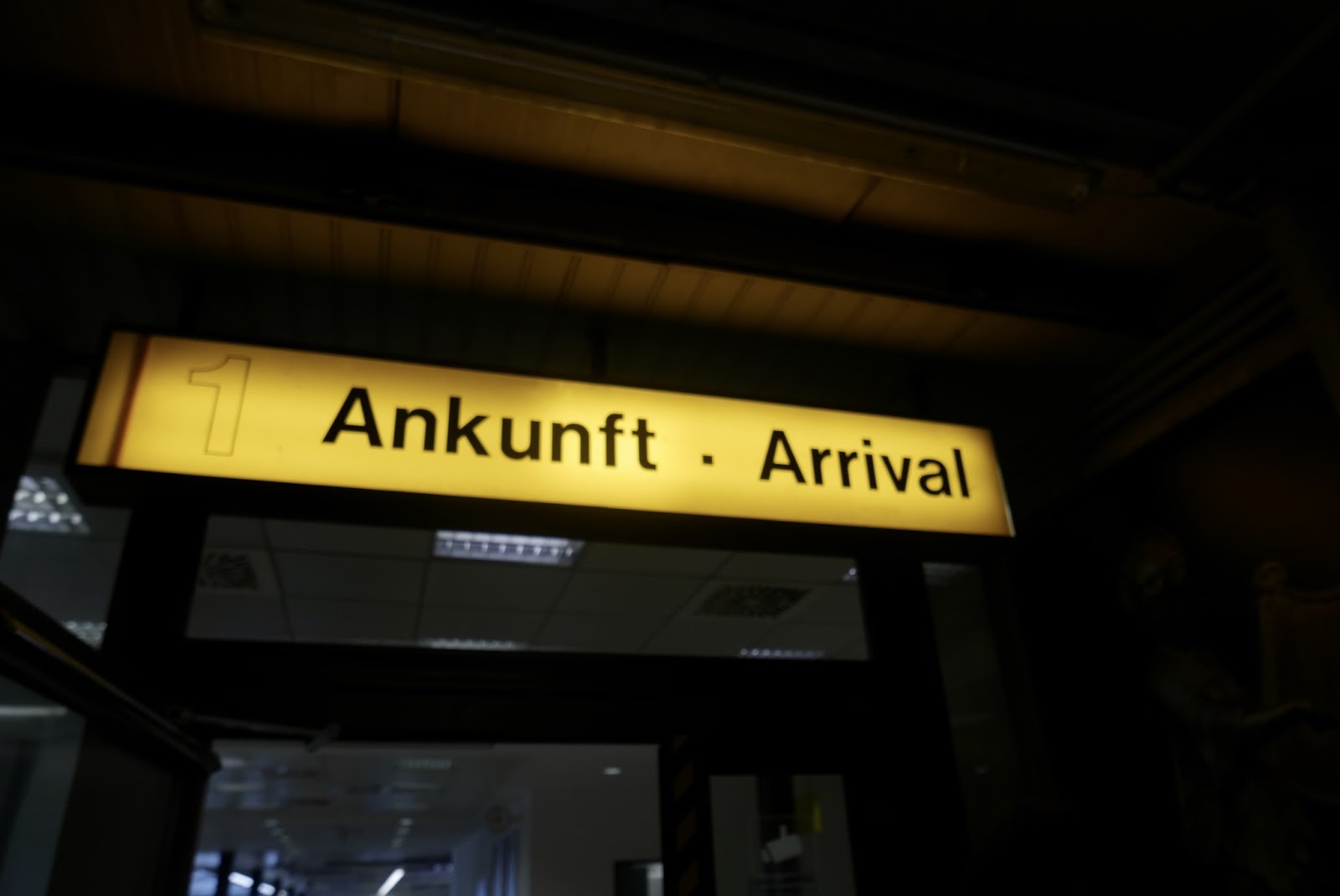 Stepping off the plane, it was absolutely freeeezing! It was minus 8 the majority of the time we were there, with a lot of snow! We got a 48hr train ticket, which lasted us the entirety of our trip, for something like €17 (so cheap!) – though we never actually had it checked once and there were no barriers. Public transport in Berlin is so relaxed to anything over here, though it’s worth having a ticket incase you do get it checked.. no one wants to be fined! 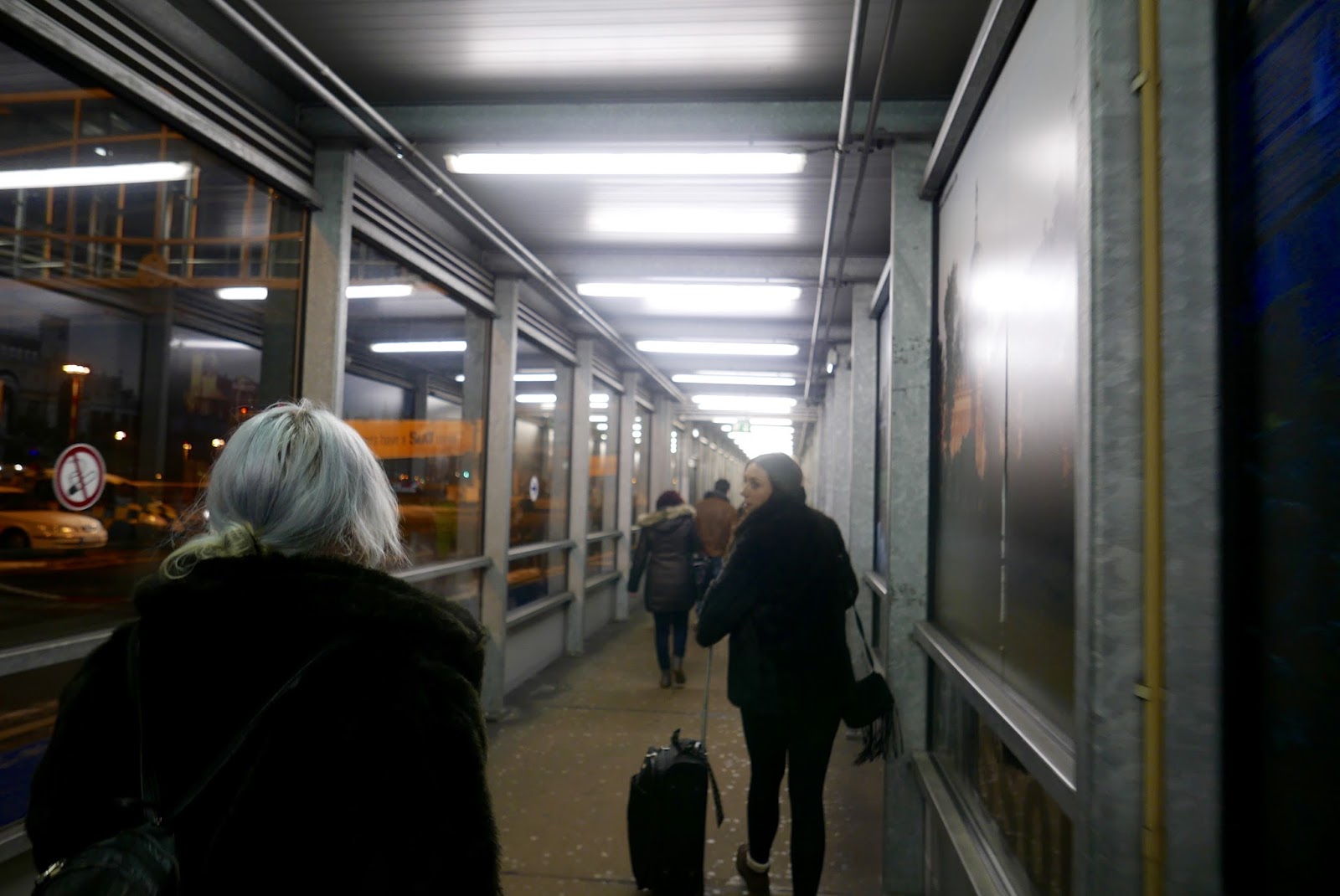 The actual train journey wasn’t too bad, only two changes and a short walk to where we were staying. This was all going pretty smoothly, until everyone ran to get the second train as the doors were closing. Half an hour into the trip and there I am, stranded on the platform watching everyone else leave on the train (which I did not make it on to). These kind of things only happen to me I swear! However I’d rather wait alone for the next one then get trapped in a door, and luckily they were all waiting at the next stop where we had to get off anyway. From then on we made a rule, no running for trains unless everyone would be able to make it on! 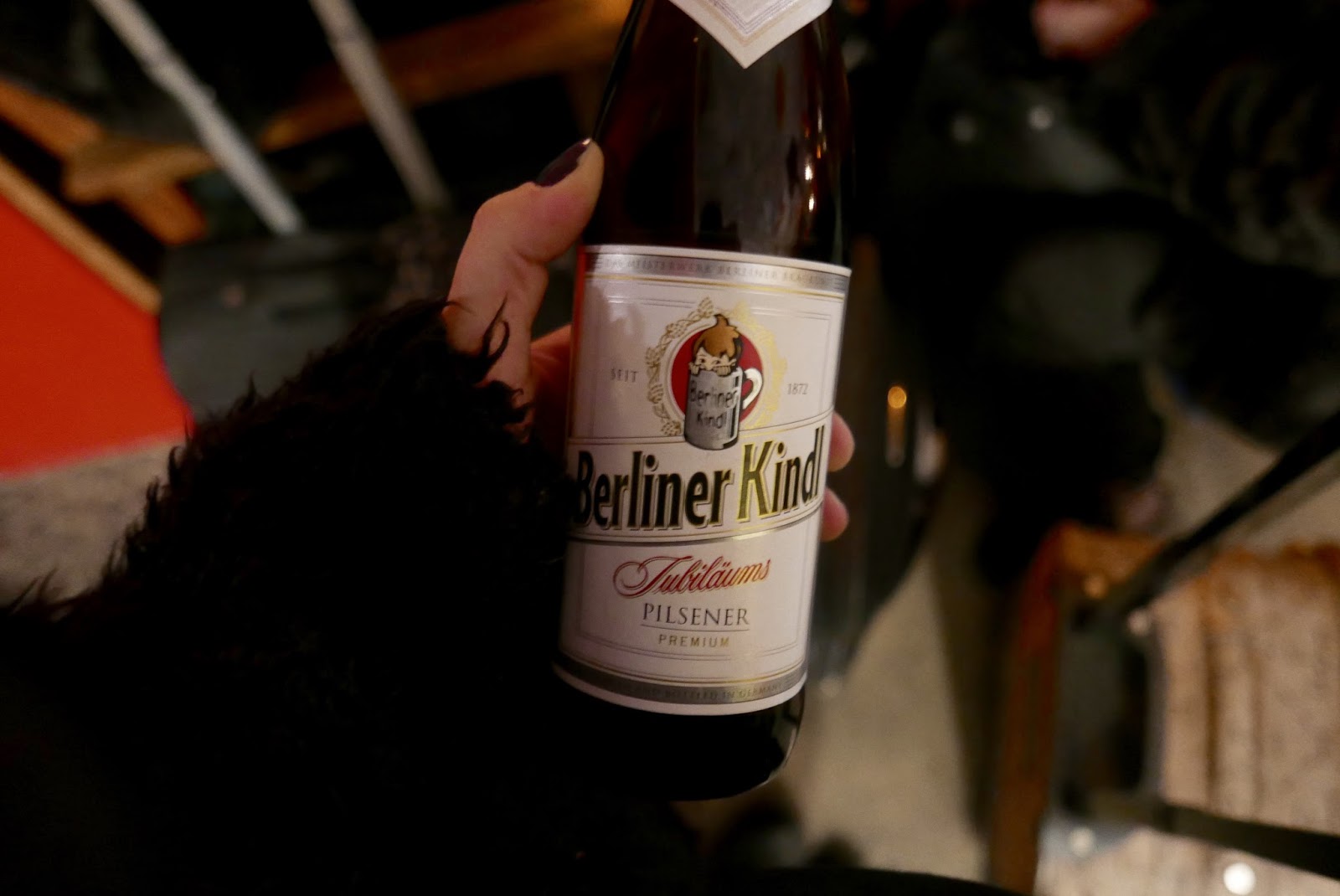 The first thing I learnt about Berlin was that I had to drink beer. I personally don’t particularly like beer, but I’m not one to argue. It’s true that beer in Germany tastes a lot better than it does in the UK, so I didn’t complain too much. I think a bottle was about €3, which in some places was actually cheaper than water.. In one pub we went to, they actually sold Raspberry beer which was amazing, who’d have thought?

We arrived quite late, so headed straight out. After grabbing an amazing halloumi wrap from a little street food place, we went to a cool bar (that I cannot remember the name of!) before heading to Tresor until the early hours. In true Berlin style, no photographs were allowed in the venues so I have none to show, but this only made the night better – without everyone being on their phones or snapchatting the evening, it made the atmosphere all about the music. 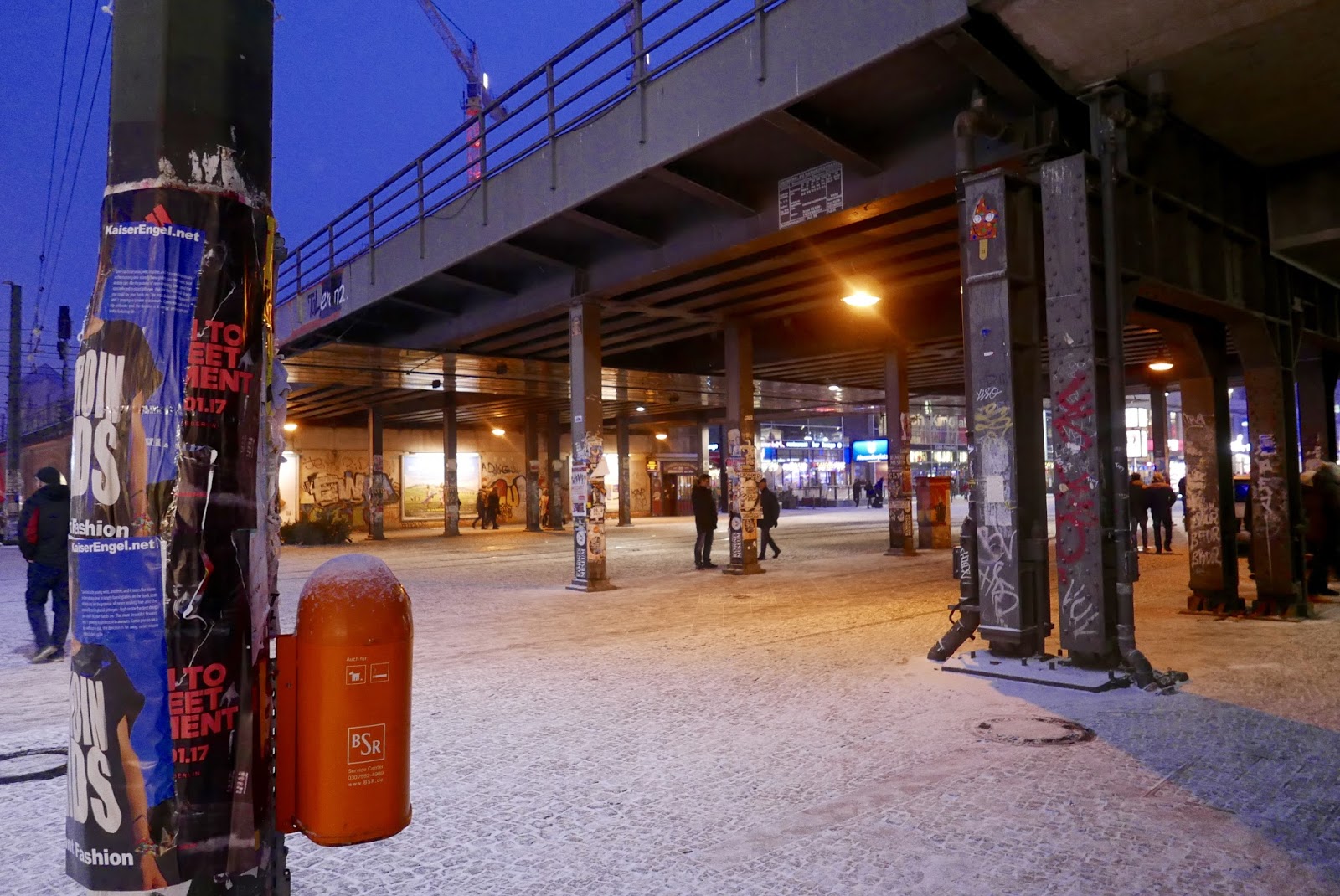 The next day we woke up not feeling our best, so took a refreshing walk through the snow to the train station to head to Alexanderplatz. We grabbed some lunch from a place in the station (sausage & chips and surprise, surprise – beer), then after browsing some shops made our way to the TV tower. After buying our tickets for the 4pm lift up, we killed some time around the area before heading back. By the time we’d got in the lift it’d started to go dark, but that didn’t make the view from the top any less amazing (though I’ve told myself I definitely want to go back in the light!). From 207m up you have a full 360 degree view of the entire city. I couldn’t get any great photos due to the reflection through the glass, so it’s something you’ll have to go see for yourself! 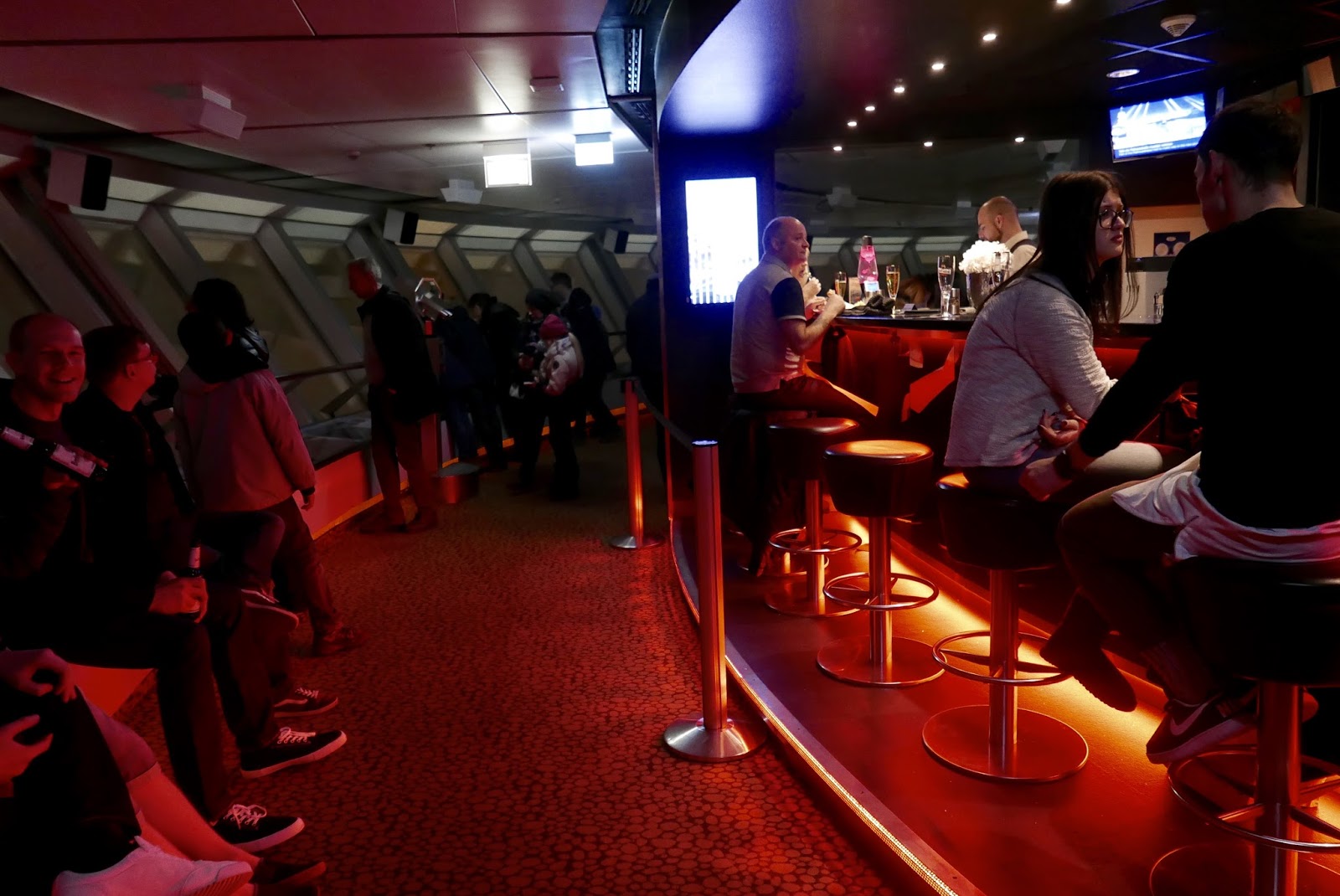 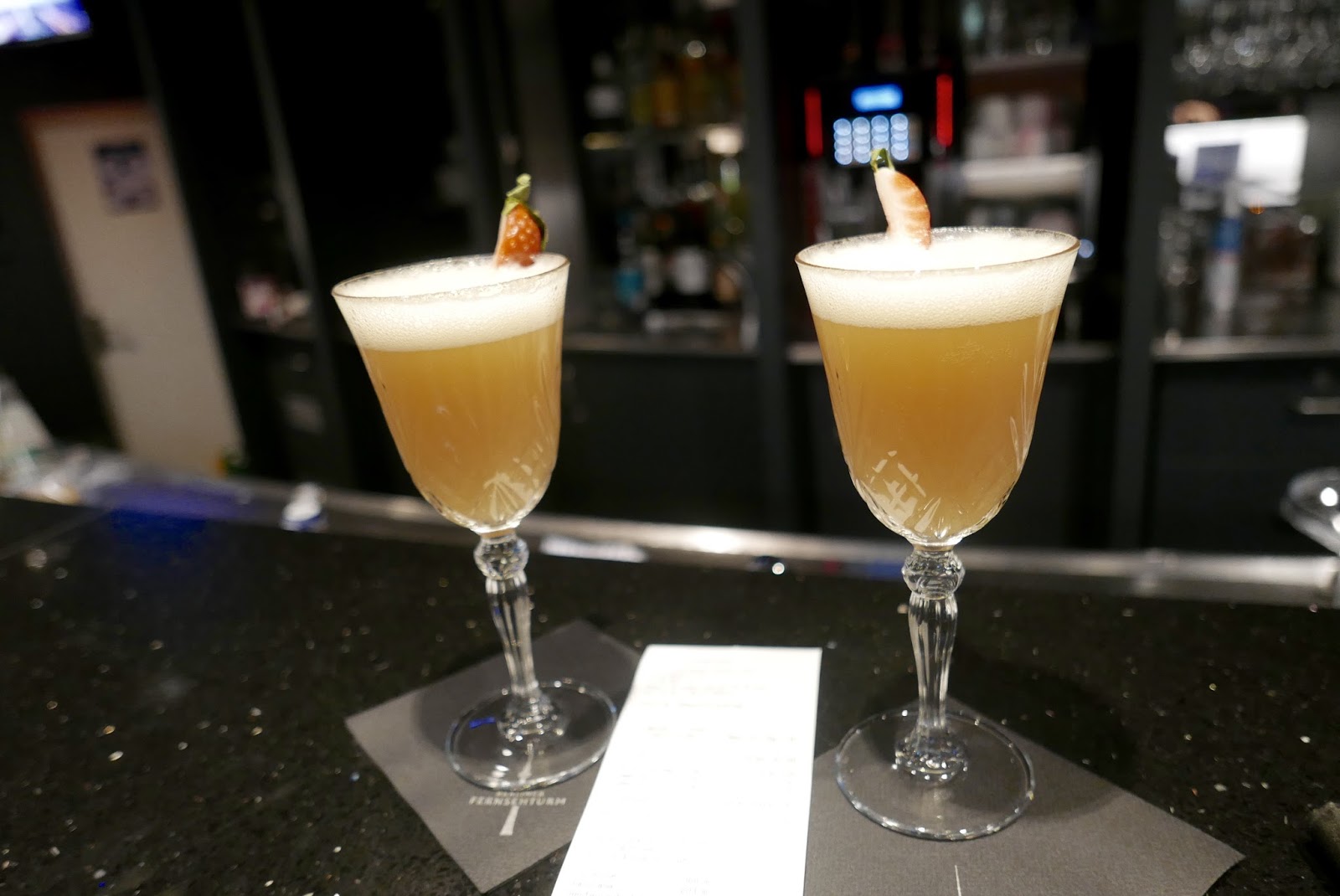 After taking in the views, we decided to grab a drink from the bar. We treated ourselves to ‘Berlinis’ – their own take on a Bellini. We stayed up here for quite a while, enjoying the views and the ambience of the bar with its chilled music and red under lighting. 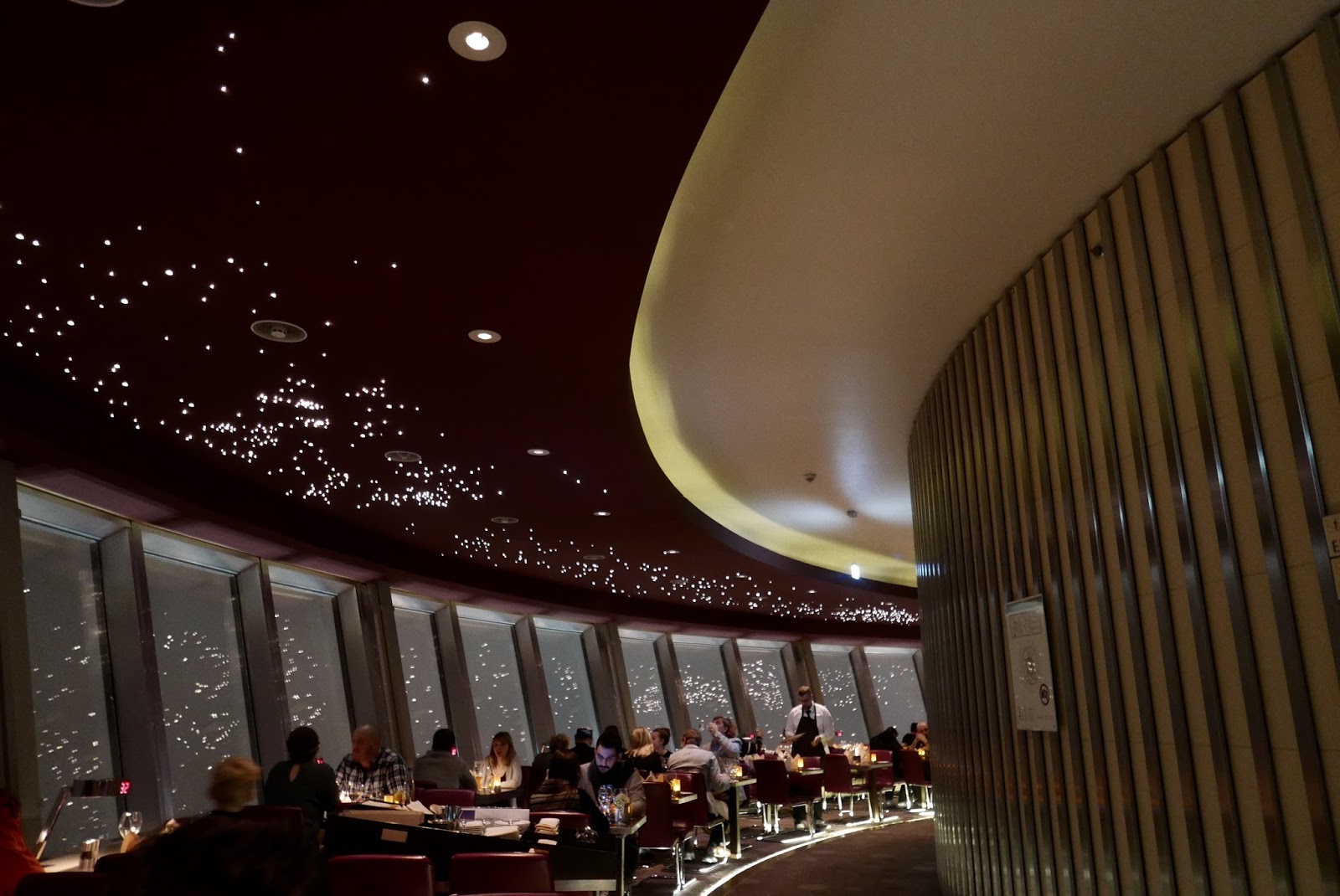 It was getting a bit later and we were getting a bit hungry, so decided that we’d continue with the treating ourselves theme and go for dinner in the tower’s rotating restaurant. This was a truly unique experience, dining whilst rotating 207m in the air with a pianist on a grand piano. The restaurant’s roof was covered in tiny little lights, giving the illusion of stars in the sky – which is how we felt at such a height.

After finishing dinner we headed back to our hostel for a quick nap before going out for the evening. We went out without much of a plan, and found ourselves in a heavy techno club. Deciding it was a bit early for this, we left to go back to our hostel to have a few drinks before making our way back out again.  It was still snowing, so we grabbed a €2.50 pizza slice to warm ourselves up then went back to the same place. After getting a bit bored there we headed to Suicide Circus, but wasn’t really feeling this either, so ended up heading back to the hostel, as we had to be up relatively early for check-out the next day. 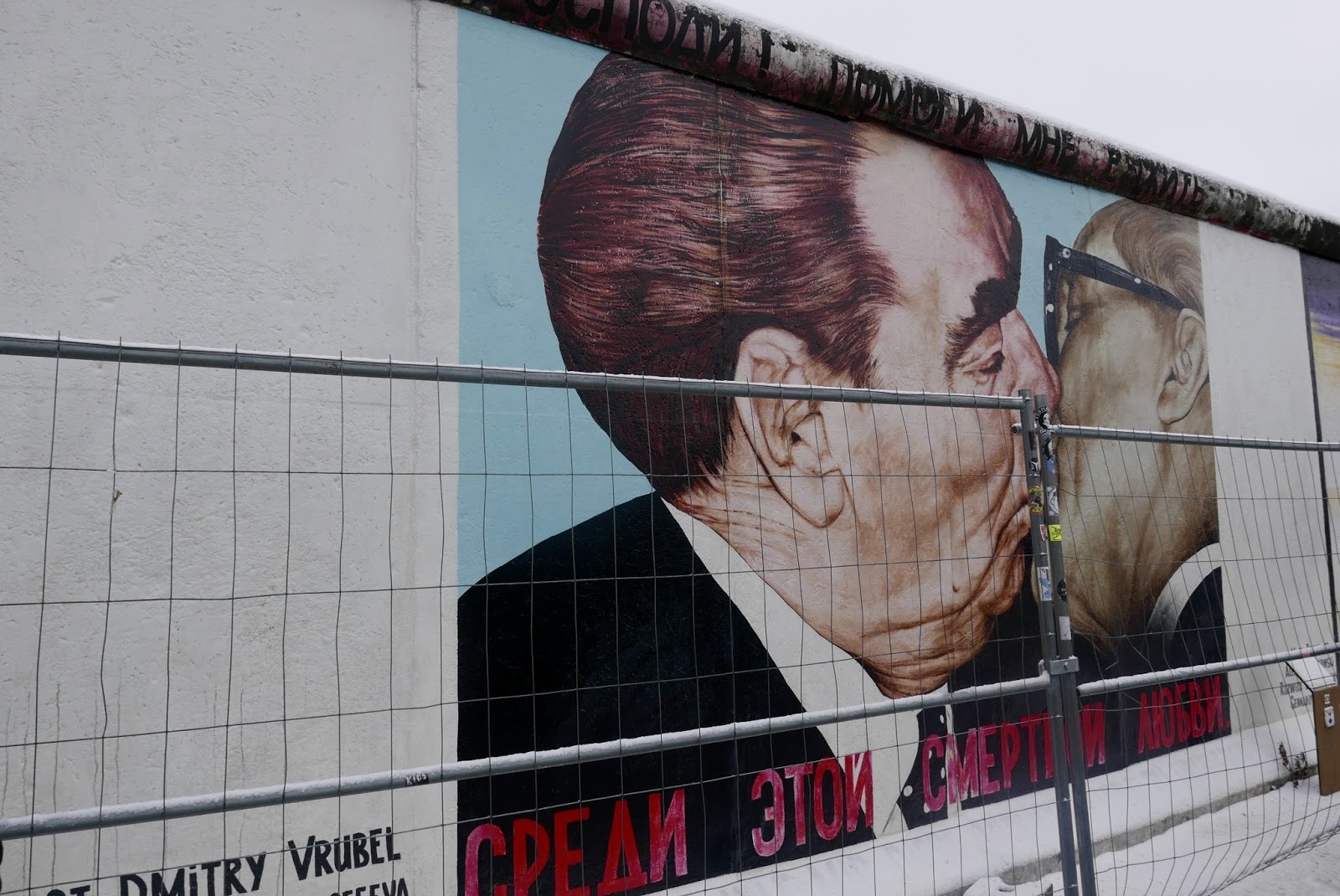 The next morning after packing up our stuff and checking out the hostel, we walked down to the East Side Gallery. After not getting as much sightseeing done in the previous day as we’d hoped, we were on a tight schedule to see everything that we could before our flight that evening. 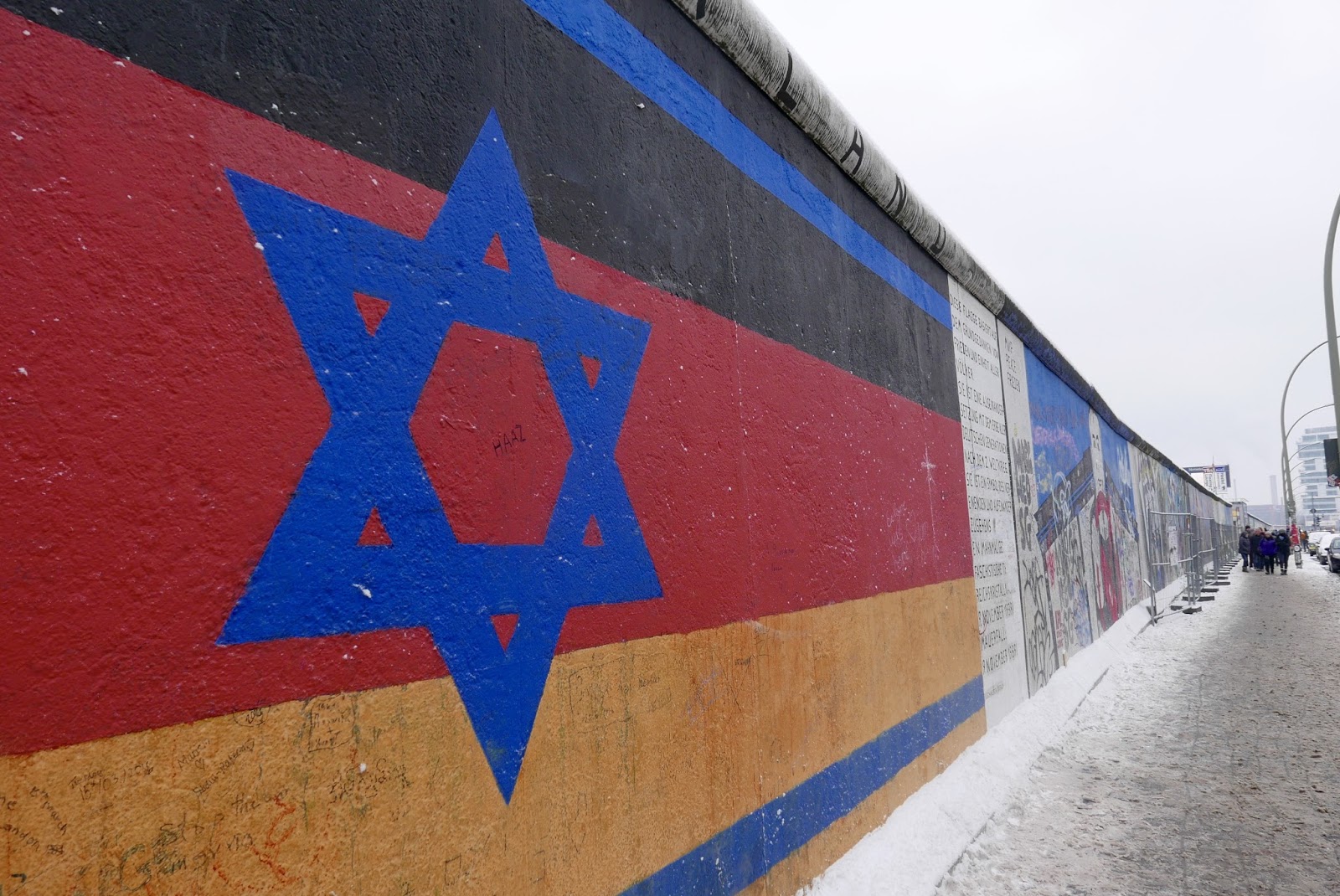 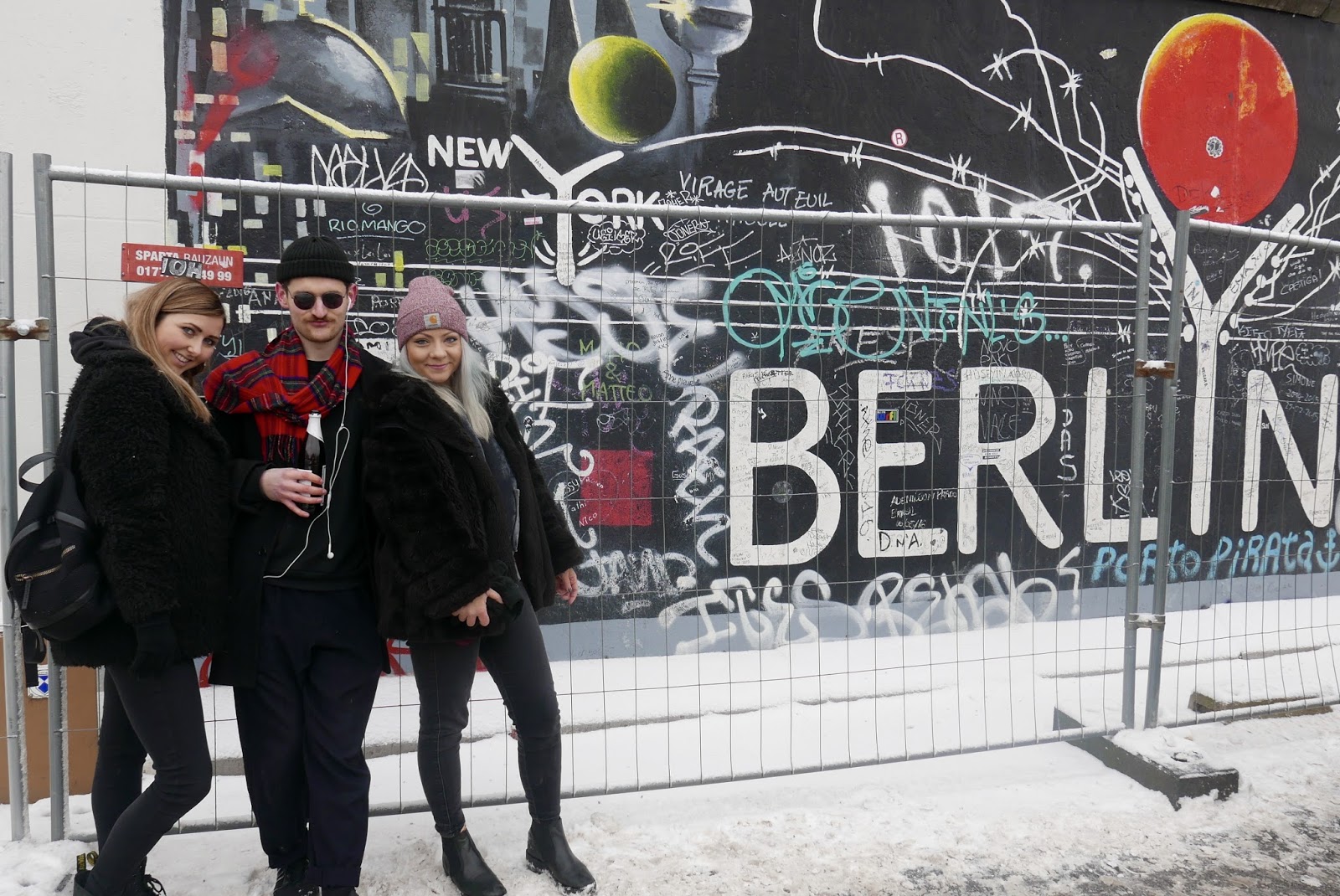 After taking lots of photos of the wall, we headed across the river to have some breakfast. We then hopped on some trains to make our way toward the Brandenburg Gate. This was a little bit more confusing than we envisioned, with some changes from overground to underground and one huuuge station. But, after nearly losing each other a few times we made it onto the right line and finally got ourselves to the gate. 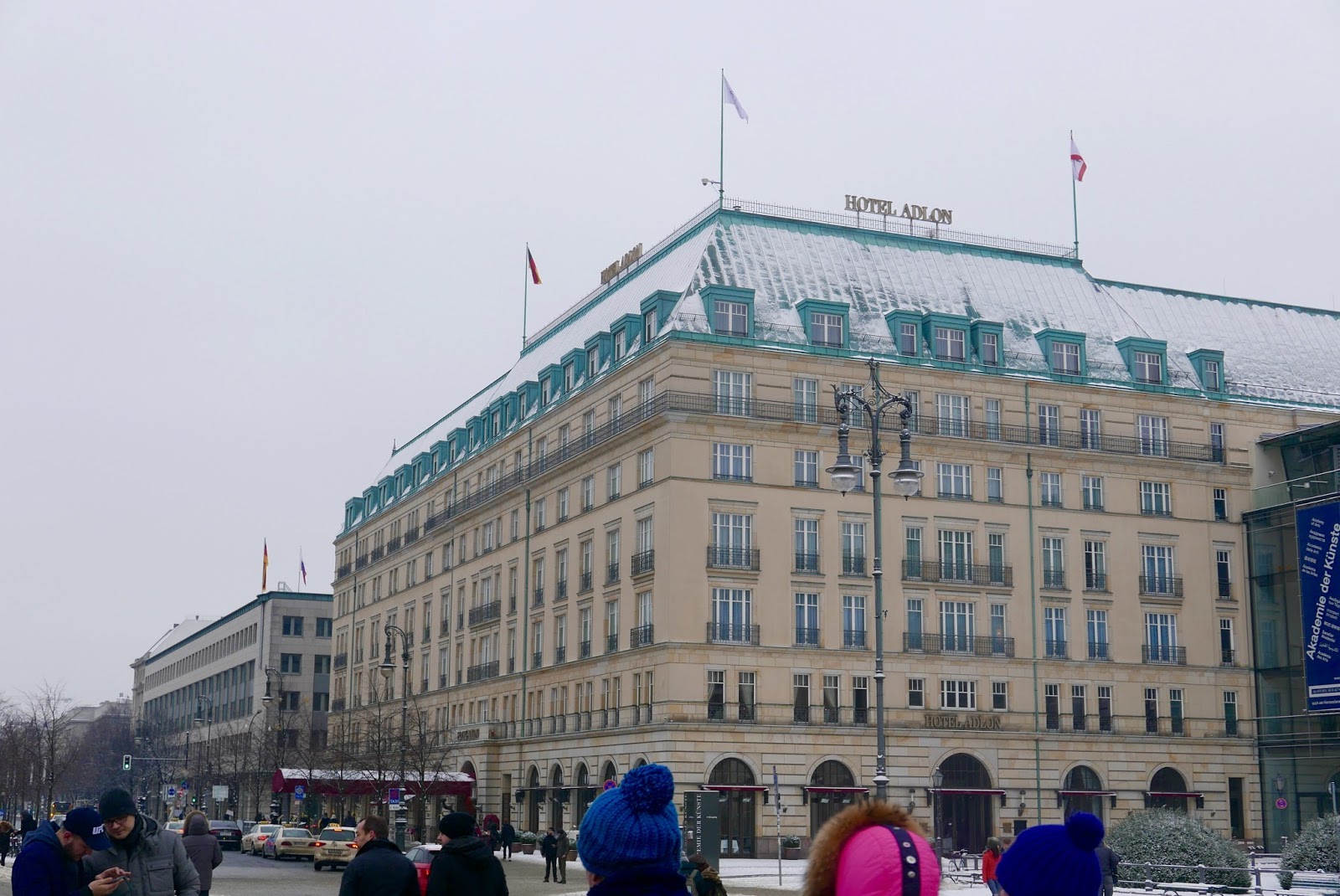 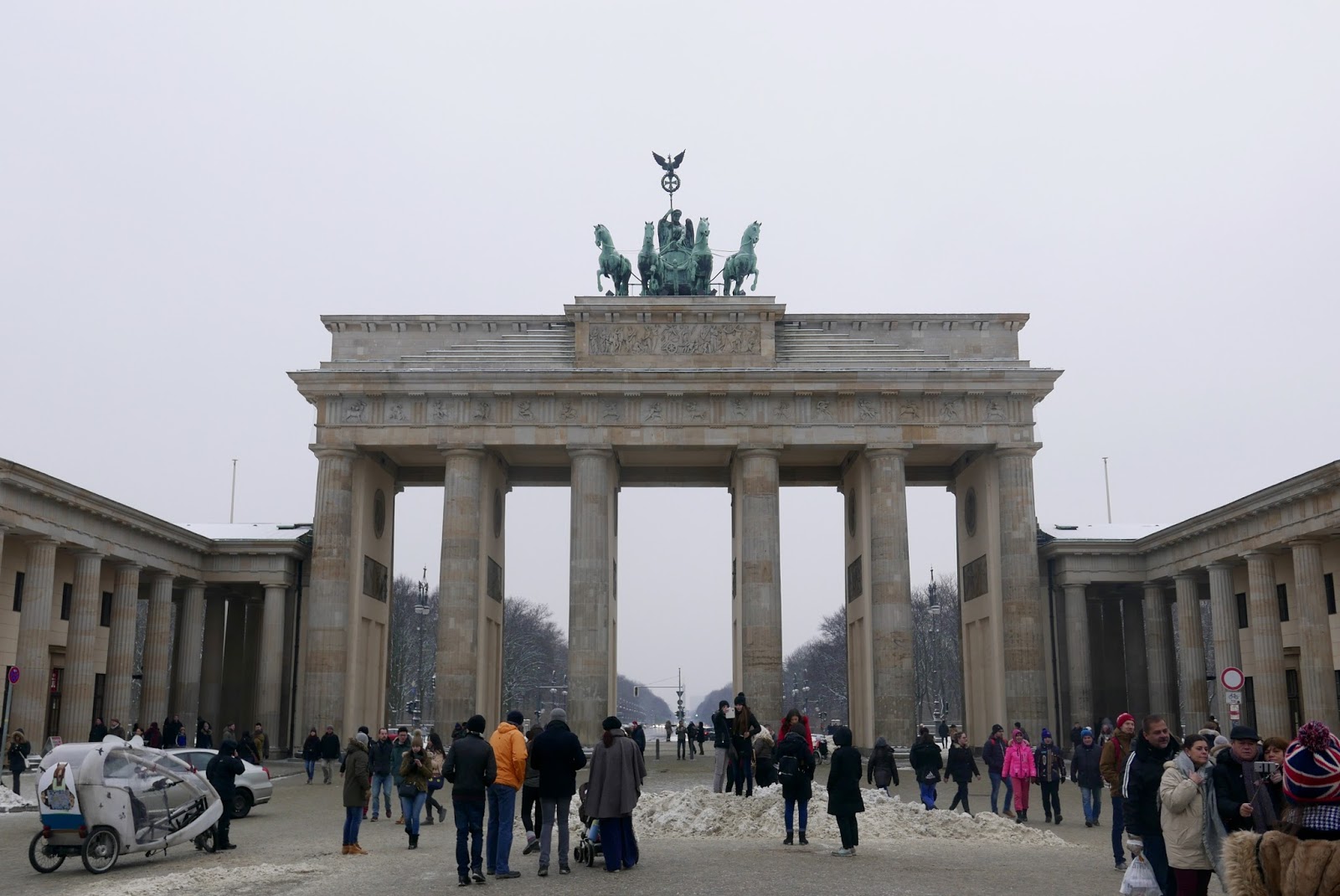 After seeing the gate, we headed towards the Holocaust memorial, a short walk around the corner. It was still snowing, which made the trees look beautiful. 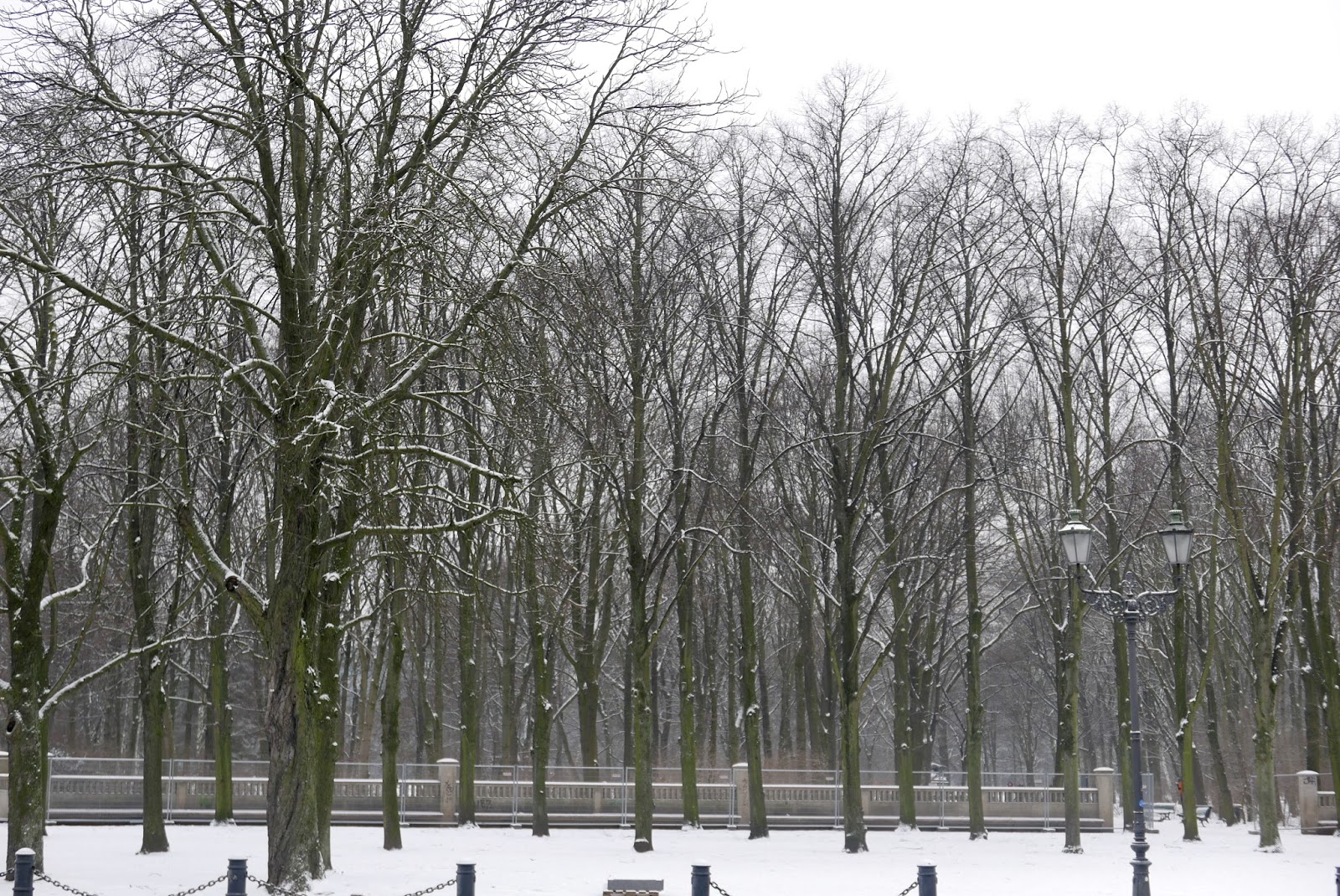 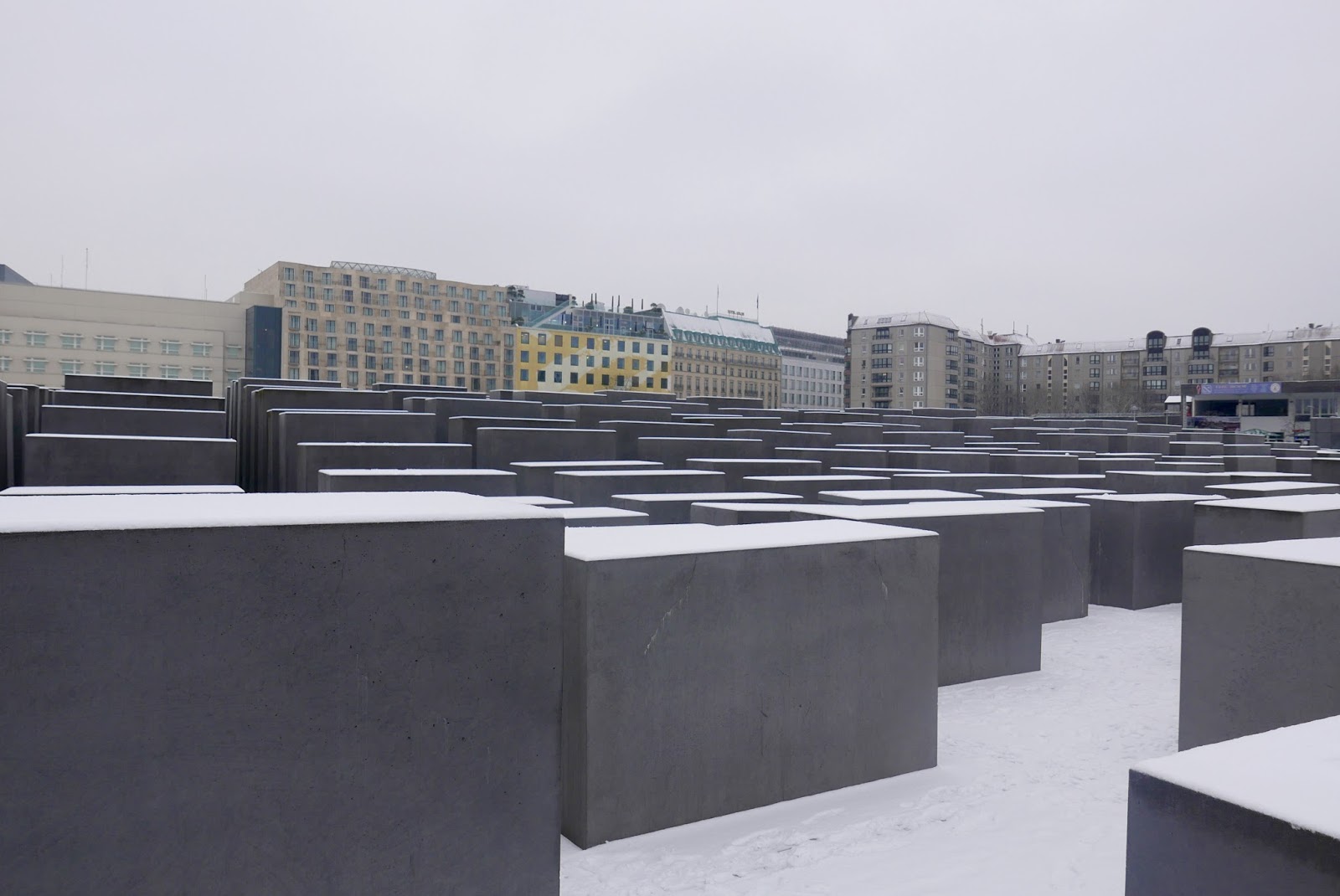 The Holocaust Memorial was hauntingly beautiful, especially covered in snow. The architecture of the memorial is meant to give a ‘confusing and uneasy feeling’ to visitors, which the different heights of the blocks and uneven ground of the floor definitely does. We didn’t go to the underground section but just wandered around the blocks, which also unintentionally resembles a graveyard for those who lost their lives. 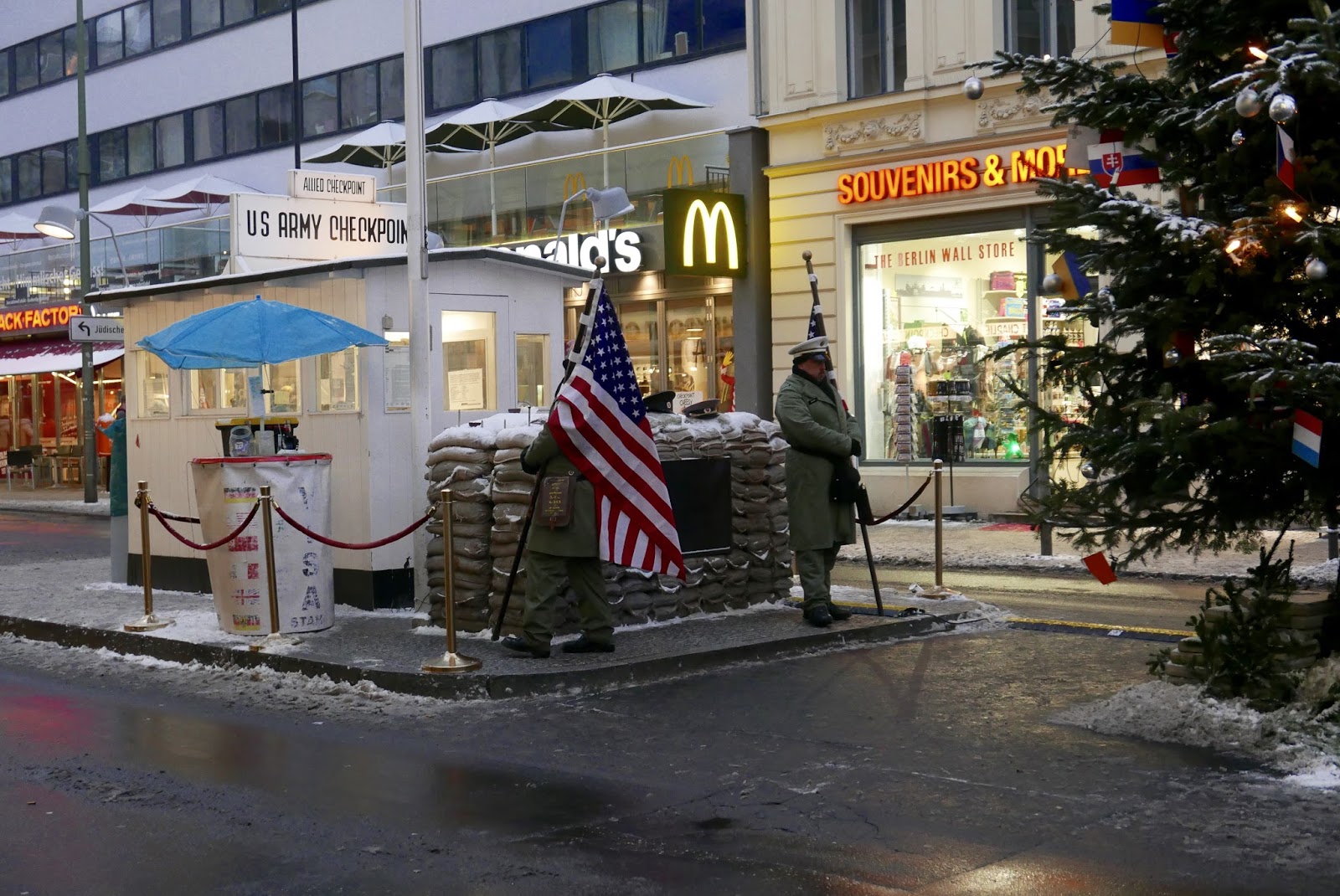 We finished our sightseeing tour with a visit to Checkpoint Charlie, which was about a 20 minute walk from the Holocaust Memorial. Checkpoint Charlie marks the most known crossing point between East Berlin and West Berlin during the Cold war, and the building has since become a popular tourist attraction. They have ‘soldiers’ stood outside, who charge you for a picture with them (and didn’t seem too happy about me taking photos of them!). There were leaflets available for the public to take which explained the history of the checkpoint, but the fact it was surrounded by souvenir shops & a McDonald’s kinda ruined it a bit!

After Checkpoint Charlie we made our way back to our hostel to grab our suitcases and get to the airport. Despite only being in Berlin for 48 hours, I felt like we saw a lot of the city, but was sad that I didn’t get to see more. Berlin is a city with so much culture and history, and I definitely want to go back and explore this. Maybe in the summer though, as as pretty as the snow was it was so cold! 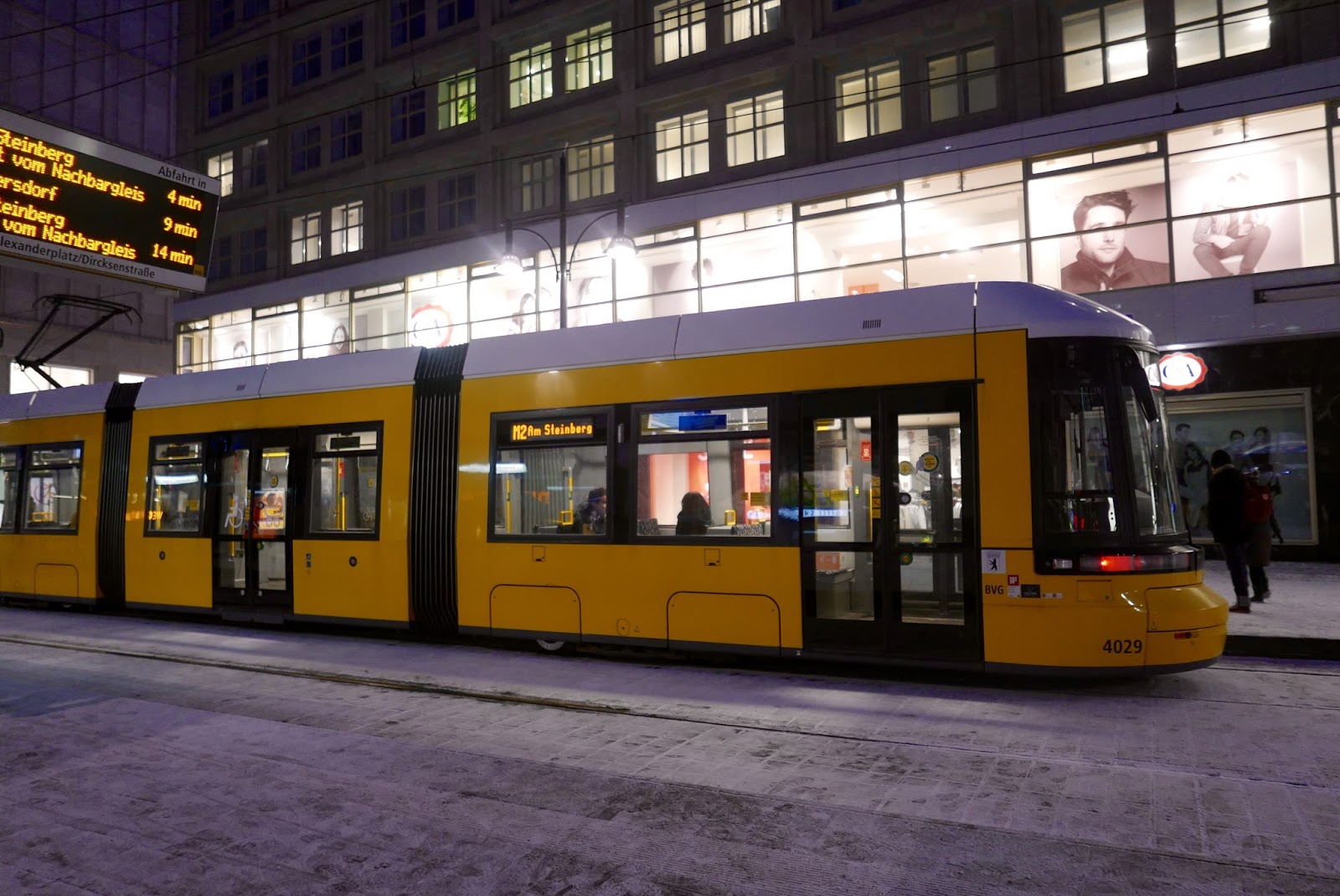